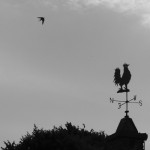 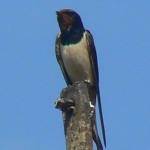 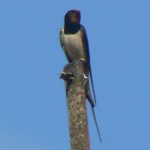 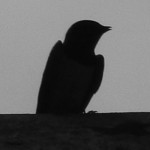 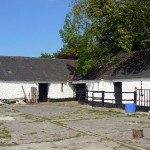 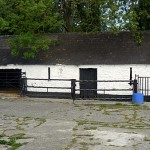 With what cannot be denied is the onset of autumn blowing around my doors and windows I was reminded of some pictures I took in early summer when today felt like it would never arrive. The whole summer was before me and I had not yet experienced that sinking feeling I get every year when June 21 passes. I was luck enough to be in Avebury this year for the solstice and then on to fun and frolics at Glastonbury a few days later, so the annual dip was put off for a few days. Until the festival hangover kicked in at any rate. Anyway I decided to dig out the pictures. The quality is not great but for the cheer me up it is not really autumn factor I thought I’d post them anyway.
Looking at the first picture there is a joke in there somewhere but I’m not going there, not even close, nope, not a chance of it, finished. If you hit on a good caption for it why not post a comment. The pictures were taken in a farmyard near the beautiful village of Clonbullogue, Co. Offaly, Ireland. The swallows were flying all around the place, zipping in and out of the farm building windows – including those vertical slit windows. Those birds can fly, as did the summer I though would never end.