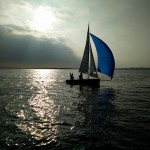 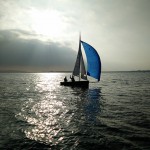 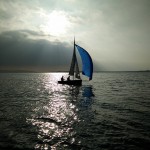 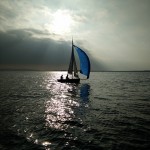 The World cruise liner visited Galway this week. Some of us dinghy sailors decided to sail out and have a look at her. The high pressure system giving us our mid twenties and above weather brings little in the way of wind but we gave it a shot anyway. These are a few pics of me sailing in calm waters out to see The World. Photos by John McCole, thanks John. 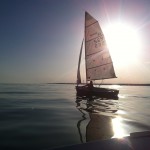 Sailing to The World 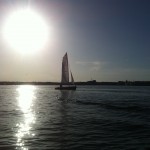 Sailing from The World 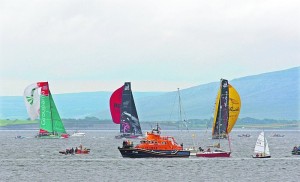 Its near the end of the year and I decided to dig out a few sailing pictures of the year just gone. Best pic is of the Volvo Ocean Race where a couple of Galway Sailsports Club Members were spotted watching the inshore part of the race. Can you spot them? The only supporters doing any sailing! 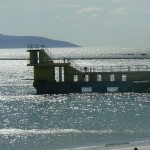 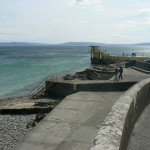 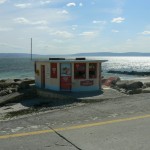 Icecream on the Salthill Prom

Took these a few months back while walking on the Salthill Prom, Galway and it must be said Salthill was looking its very best that day.

At the beach and tide is so low you can walk over to Hare Island. I had seen on google maps that there looked like a walkway to the island below the water but I had never seen it before. Tide has been out for an hour now so will not walk out in case tide comes in and I get stuck out there! If I was a kid I’d say what an adventure it would be. Looks like there are oyster catchers among the rocks. Not seen any for a good few months round here. Must look up their habits. Too dull for pictures of the birds.

* A handy app for your iPhone is Marine Day Tides so you can tell when high and low tide is.
* This is the google map where you can see the walkway to the Island from above.
* This is the link to an article I found about Tadhg Seoighe, a Ballyloughane man of note, who, in later life, wrote stories mostly in Irish based on memories of the past and local folklore.